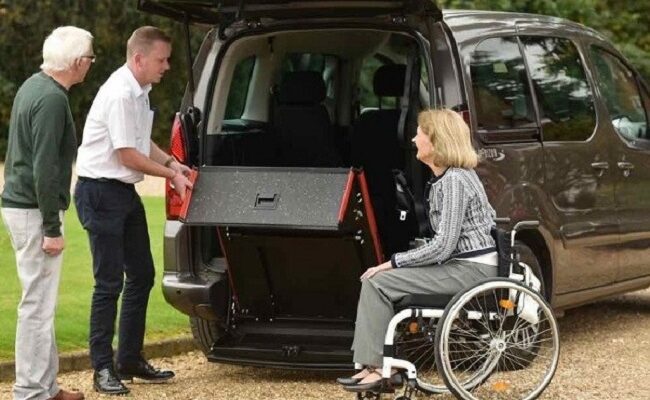 There are many reasons that traditional doors can pose a challenge to someone with a disability. Grip strength, balance, and even a cumbersome wheelchair can prevent someone from easily opening a door by themselves. This is why the introduction of buttons that are placed at a sensible distance from the door has made living with disabilities much easier. These buttons are often large, well signposted, include Braille, and don’t require an unreasonable amount of physical strength to press down. More and more public places are installing these helpful types of door systems to improve accessibility and inclusivity.

Using a wheelchair can make tasks such as going to the store or visiting a friend more of a struggle than for people who don’t use wheelchairs. This is largely to do with the difficulties involved trying to get a wheelchair on public transport. Luckily, there are an increasing number of wheelchair accessible vehicles for sale that make getting around much more convenient. Instead of having to hope that the bus has a ramp, wheelchair users can rely on their own specially adapted vehicle. This allows for far greater independence and freedom than public transport.

Smart home devices can make many aspects of domestic life easier for people with disabilities. Controlling the temperature, lighting, and any other connected appliances means that the risk of injury is significantly reduced.

Being able to control more technology by voice gives greater freedom to people with disabilities, especially if strength or mobility is an issue. Voice commands can be easier to give than trying to use an intricate touch screen or button system. For people with visual impairment, being able to take notes and listen to written content on a voice-controlled device can be extremely helpful for a whole variety of tasks.

Not everywhere has handrails for people with disabilities which can make getting around and performing everyday tasks more of a challenge. Many people with disabilities decide to bring their own portable handrails that use suction to fasten firmly to walls in locations with no existing handrails. These can be especially useful in hotel bathrooms and other places where establishments fail to include mobility aids.

Of course, living with a disability can still be a daily struggle since physical impairment often comes with pain and complications. Fortunately, these technologies and inventions are hopefully just the beginning of what is to come for making life with disabilities more and more enjoyable.

The Importance Of Evidence-Based Practice

The Line Of Actual Control Did Not Cross, China

Another 566 People Were Killed Due to Corona, Brazil

The United States Is Facing Two Hurricanes This Week